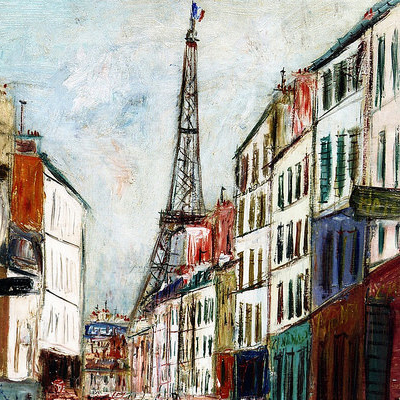 SYNOPSIS:
French authoress Colette first wrote the novella Gigi in 1944, about a sixteen year old courtesan-in-training, and her romance with the man of her dreams, Gaston. At the end of the book (and the film, musical and stage play), she goes against family convention to marry him, a taboo in a family of courtesans. The stage adaptation by Anita Loos (Audrey Hepburn’s first Broadway lead) has been a theatrical gem for over 60 years.

PARISIENNE LADIES is a full-length comedy of manners by award-winning playwright Alexander Vail, which imagines where Colette left off, a while after their wedding. Now still only seventeen years old, she is about to celebrate her first wedding anniversary with Gaston.

“What a life it will be, George. Just you and me, and all our money. Just the three of us. What a perfect combination we will make. We will be so happy together! Of course, through marriage I will lose my name. I had grown rather accustomed to Alicia de St Ephlam. Still, Alicia Lachaille has a certain ring to it – a diamond ring! ”

PARISIENNE LADIES was first performed at Beckenham Theatre in September 2002.

Audiences were delighted by the blend of innocence and cynicism, as well as the play’s combination of hilarious action, classic ‘Franglais’ script and faithful interpretation of a well-loved set of characters. PARISIENNE LADIES will be enjoyed by anyone who loved the Anita Loos adaptation of Gigi.

To request a perusal script for PARISIENNE LADIES by Alexander Vail, please email me.