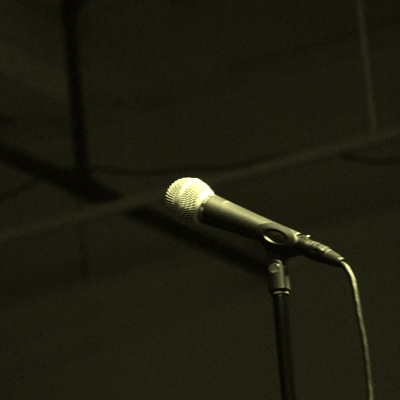 SYNOPSIS:
Subtitled “Joan Garlenelli: The Life of a Legend”, BROADWAY BABY explains the history of musical theatre through the biopic of a semi-fictional star of the medium. Supported by a pianist, Joan takes the audience on an unforgettable journey through the highs and lows of her career – and by extension – 20th century showbusiness. BROADWAY BABY is a superb one-woman show by award-winning playwright Alexander Vail.

Daughter of a movie star and a producer, Joan’s birth into a movie dynasty coincided with the death of the silent movie era. A child star in the Hollywood machine, she tells her story through scandalous anecdotes and key songs from every stage of her glittering career.

“The austerity of the wartime years was hard on the whole family. We removed ourselves to a rented house in the Hamptons, with only Nanny, Cook, Gardener and the two maids for support. Mother didn’t buy a fur for seven long years, and Daddy? Well, his hair went quite white with the trauma.”

CHARACTERS:
JOAN GARLENELLI: a true diva.
THE PIANIST: her stooge and accompanist.

BROADWAY BABY is a fascinating play: part history lesson, part musical entertainment. The audience quickly become complicit in believing the fictional depiction of Joan – who is clearly a composite of a number of enduring stars of stage and screen of the 20th Century. This show is popular with anyone who loves musical theatre history.

BROADWAY BABY is perfect for a one-act play festival or for a Fringe production. Is usually paired with the three-hander THE MOIRAI, as an evening called WOMEN OF A CERTAIN AGE.

WOMEN OF A CERTAIN AGE (featuring THE MOIRAI and BROADWAY BABY) was first performed in June 2006 at Beckenham Theatre.

To request a perusal script for BROADWAY BABY by Alexander Vail, please email me.