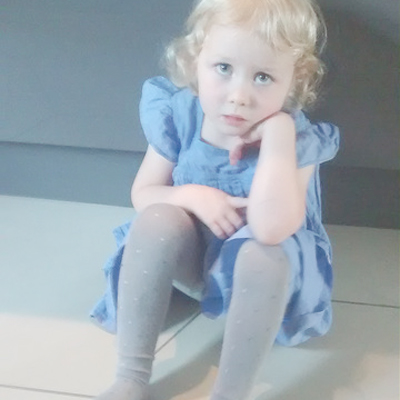 SYNOPSIS:
Anna and Steve are at the beginning of yet another normal and fun-packed family weekend at home, on an ordinary Saturday morning, when their lives are thrown into turmoil with a single letter from the local council’s Social Services department, implying that their five year-old daughter Beatrice may be at risk of abuse.

As they consider the implications of this, they have to close ranks and pull together as a family, if they are going to survive the purgatory of not knowing whether Beatrice has already been abused, or by whom. For the longest forty-eight hours of their lives, they wait to speak to the Social Services officer who wrote the letter, unaware as to whether or not they are being accused of harming their own daughter.

Sadly, this is based on a true story.

“Horrible. Nicola had obviously expected me to go in to the pool and splash about with the kids, but I just couldn’t do it; couldn’t risk it. Then she did the whole ‘I think we’ve got enough adults… I could ask Derek to go in I suppose – I brought his kit just in case’ and all that crap.”

SCENES:
Eight scenes take place in three rooms of their home (which can be done with one flexible set and varied lighting).

NOTES:
Beatrice is never seen, because the Social Services process is entirely faceless and anonymous. This play illustrates that such procedural roulette could happen to any family, regardless of address, age, or background.

SOCIALLY SERVICED is an intensely personal piece, which has never been released for public performance until now.

To request a perusal script for SOCIALLY SERVICED by Alexander Vail, please email me.