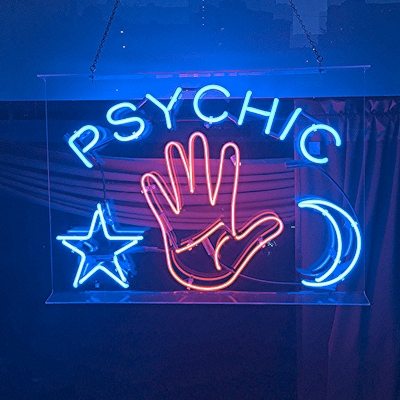 SYNOPSIS:
Death, despair & disorder in a seaside B&B: a tragicomedy in one marvellous act! THE MOIRAI is a hilarious one-act play by award-winning playwright Alexander Vail.

Three middle-aged sisters, named for the Fates, return to the grim seaside guesthouse they grew up in. Klotho lives in the past and plots revenge on her ex-husband; Atropos lives in the present and has trouble keeping her husbands (alive); Lakhesis is a clairvoyant, but she didn’t see this coming…

“Don’t you dare feel sympathy – he deserves everything he gets, shacked up in a five bedroom house with that anorexic hooker, and here’s me, lodging with you. None of the local takeaways will deliver to their house anymore, so I’ve had to step up my game. I’m having his swimming pool filled with concrete.”

CHARACTERS:
LAKHESIS: runs the Elysian Guest House in Scunthorpe. And talks to the dead.
KLOTHO: moved in five months ago following her divorce.
ATROPOS: the black widow.
MOTHER (voice off): not even death can stop her.

SCENES:
Five scenes take place in and around the living room of the Elysian Guest House.

THE MOIRAI is a fun but intelligent play, with credible characters and cracking dialogue. Easy to stage and cast, offering enjoyable roles for three women. Would be perfect for a one-act play festival or for a Fringe production.

THE MOIRAI usually paired with the one-woman show BROADWAY BABY, as an evening called WOMEN OF A CERTAIN AGE.

WOMEN OF A CERTAIN AGE (featuring THE MOIRAI and BROADWAY BABY) was first performed in June 2006 at Beckenham Theatre.

To request a perusal script for THE MOIRAI by Alexander Vail, please email me.