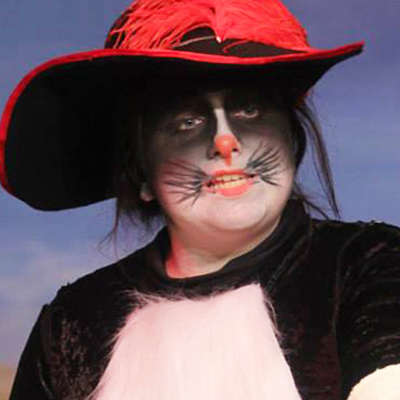 SYNOPSIS:
The famous tale of DICK WHITTINGTON & HIS CAT – the boy who travelled to London to make his name and his fortune – has been popular in England since the fifteenth century. Part true story, part Persian myth, his adventure has survived the ages through the magic of pantomime.

This exciting, fast-paced treatment of one of the best-ever pantomime stories feels totally modern, while paying faithful homage to the roots of the tale. DICK WHITTINGTON & HIS CAT is a fantastic adventure by award-winning playwright Alexander Vail, which appeals to every age group and delighted packed audiences on its 2009 debut.

“The Katie Price used to be a much smaller boat, but she’s had one extension after another. She’s generated quite a bit of press coverage over the years. I remember the first time I clapped eyes on her at the auction. I thought, “well, she’s got a bit of a mucky rudder, but great ballast up top.” And I thought to myself “get on board her and she’ll make you a fortune.” ”

DICK WHITTINGTON & HIS CAT was first performed at Beckenham Theatre Centre in December 2009.

To request a perusal script for DICK WHITTINGTON & HIS CAT by Alexander Vail, please email me.