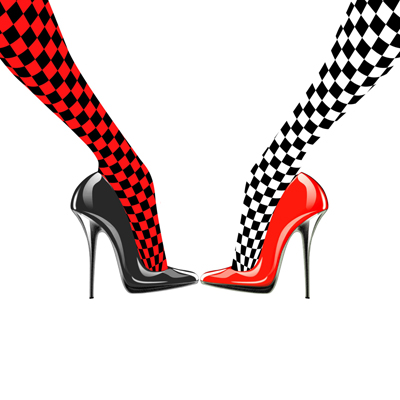 SYNOPSIS:
The Fugly Sisters, an adult pantomime is a modern retelling of the award winning classic show, written with grown-ups in mind, from playwright Alexander Vail. Will Prince Charming ever find a wife? Will Cinders finally fall for Buttons? Will the Fugly Sisters get their comeuppance? First rehearsed and performed by a crack team of ten actors, complete with song, dance and silliness, in just 48 hours at the end of 2017, this show is a huge amount of fun for ‘most of’ the family! While most pantomimes are written for large groups, all extraneous characters have been cut from The Fugly Sisters, to allow for much leaner casting.

Buttons: “I thought we could play ‘it’ in the enchanted forest. Do you want to come?”
Cinderella: “I’d love to, but I’m baking a cake for daddy. I’ve got ever such a moist sponge inside.”
Buttons: “I’d love to taste it”
Cinderella: “You can come and help me drizzle all over it and then I’ll let you lick out my bowl, if you like…”

THE FUGLY SISTERS was first performed at Beckenham Theatre in December 2017.

To request a perusal script for THE FUGLY SISTERS by Alexander Vail, please email me.